Zineb Benjelloun: Illustrator of the Week

This week's illustrator is Zineb Benjelloun!  Ms. Benjelloun hails from Morocco, attended university in France, and currently lives in Casablanca.  According to an interview with OkayAfrica, inspiration comes from the world around her and is influenced by her work in television and documentary film-making.  Another major influence is her desire to explore her Moroccan identity and to depict real Moroccan people as diverse individuals "in the international visual landscape" (as cited in Sefa-Boakye, 2015) -- an important task considering the stereotyped, essentialized representations of Moroccans (and Africans in general) floating around in illustrations and texts created by outsiders.

Here are a few examples of her work from her website: 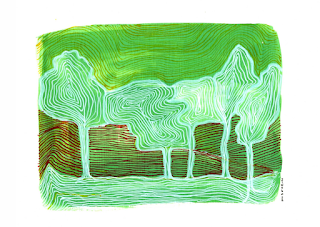 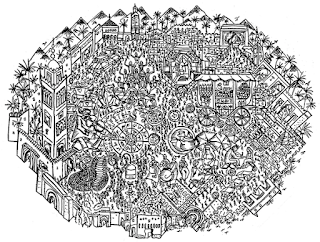 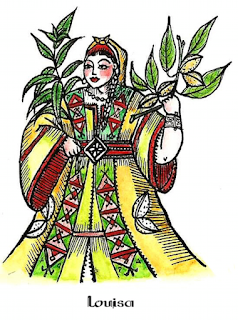 Art for a Moroccan perfume brand 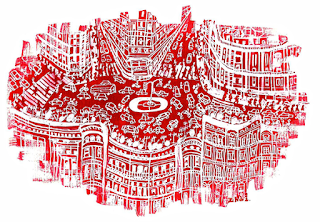 I love how she uses seemingly simple line work to create extraordinarily complex visions.  There's something so appealing about the geometry of her pieces -- whether she uses color or keeps things black-and-white, her images grab the eye and hold it.

Also, Ms. Benjelloun has created art several online books for children for a website called eMadrassa.  These books feature animated illustrations, sound effects, and text that changes color as the words are read aloud by an audio reader -- very cool!  The only catch is that the books are in French, but don't let that stop you from checking them out.  And if you know any children who speak French or are learning, then these books can be a very helpful resource, not only for their language development, but also for learning about culture, history, science, and more:

I can't wait to see where Ms. Benjelloun's art takes her -- I hope she keeps illustrating children's books!
Posted by Unknown at 6:24 PM