Authors vs. Scholars, or Questions from the Decatur Book Festival

Last Saturday, I took a jaunt down to Decatur, Georgia, to attend my first Decatur Book Festival. 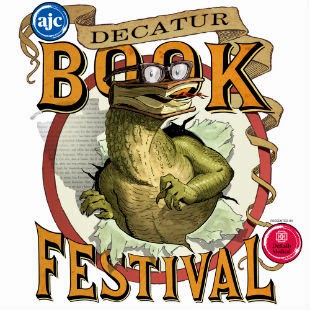 This year's poster by Tony Diterlizzi

I love attending literature conferences and book fairs, and I was especially excited to sit in on an author panel about diversity in children’s literature and publishing, since, as you know, exploring issues of multiculturalism in kidlit is my one true academic love. The panel didn’t disappoint – the authors and moderators came from different backgrounds, had diverse experiences in the literary world, and have written about various and sundry topics. Here’s the roll call and some of the authors’ well-known books:

During the panel, the authors discussed several questions, but I want to focus on one particular query from an audience member.  As the session was drawing to a close, a young woman stood up and asked the authors whether it's OK for her, as a white person from Alabama, to write about Korea.  She's long been passionate about Korean culture, she said, but she's been told that it would be wrong to portray Korean characters and cultural practices since she's an "outsider."  Varian Johnson quickly responded, "You have the right to write whatever you want to write.  But make it reflect the real world."  The other authors nodded in affirmation.

This opinion popped up several other times during the session, and it became very clear that the authors agreed (or at least said they agreed) with this perspective: Authors are welcome to write about a culture that is not their own, as long as they portray complex characters and cultures naturally, honestly, and respectfully. 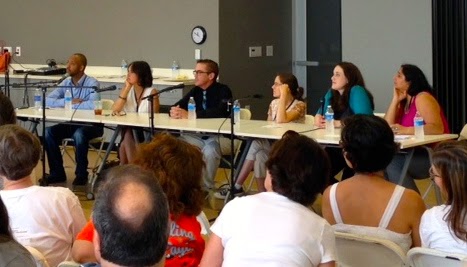 I've heard that opinion before -- the visiting authors at the National Latino Children's Literature conference said that same thing, and several of my friends have affirmed that they've heard it at literary and publishing panels as well.  For these authors whose main focus is on writing, publishing, and book publicity (I'll just call them "Authors" for the purposes of this post) it seems so easy to agree on authorship and cultural authenticity, that anyone can write about other cultures provided that they do their homework, stay away from stereotypes, and write a great story and complex, realistic characters.

As a grad student, however, I've read a lot of scholarly works about portraying cultural authenticity and the cultural identities of authors, and the opinions presented by the researchers and children's authors who wrote these scholarly pieces (I'll call them "Scholars") often differ from the opinions of the Authors I mentioned above.

For example, in her essay titled "Who Can Tell My Story?" writer Jacqueline Woodson (1998/2003) wondered why white people would want to write about people with different cultural identities, especially given the flood of "negative misrepresentations" of black people in books and films created by white people in the past and the subjugation of black voices by white voices (p. 43).  While she did not dismiss the possibility of white authors writing about other cultures, she continued, "We [African-American writers] want the chance to tell our own stories, to tell them honestly and openly" (p. 45).

Thelma Seto ("Multiculturalism Is Not Halloween," 1995/2003) went further when she wrote, "I feel very strongly that it is morally wrong for Euro-American writers to 'steal' from other cultures ... unless they have direct, personal experience in the country where that culture originates -- more than simply being a tourist or doing research in the library" (p. 93).  Moreover: "Euro-American writers cannot understand Asian American culture if they have not grown up in Asian American homes ... When Euro-Americans 'take on' one of my cultures, I feel quite violated.  It is a form of cultural imperialism -- that euphemism for cultural rape" (p. 95).

Meanwhile, Henry Louis Gates presented a different point of view in "'Authenticity,' or The Lesson of Little Tree" (1991/2003): "[It's] not that our social identities don't matter.  They do matter.  And our histories, individual and collective do affect what we wish to write and what we are able to write.  But that relation is never one of fixed determinism.  No human culture is inaccessible to someone who makes the effort to understand, to learn, to inhabit another world" (p. 142, emphasis added).  Also, Jane Yolen (1994) worried about the ways in which these debates over storytelling "[draw] rigid borders across the world of story, demanding that people tell only their stories" (p. 705).

That's a lot of different perspectives, and there are books and articles filled with even more opinions.  But I'm not trying to enter the debate right now.  What I'm trying to do is point out the difference between what Authors say at conference and book fair panels and what Scholars say in more "academic" arenas.

Basically, the Authors whom my friends and I have encountered always seem to reach a consensus that anyone can write about any cultural group as long as they're careful and respectful; but in scholarly circles, the debate about this issue rages on.

Are Scholars overanalyzing issues of diversity?  Are Authors not analyzing these issues deeply enough?  Is debate not encouraged in the "real world" of publishing and book marketing?

I'm not sure.  All I know is that I'm seeing a mismatch between Authors and Scholars, and I want to explore it further. 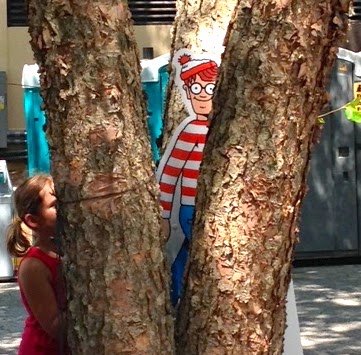 That was a lot of words, so HERE'S WALDO!