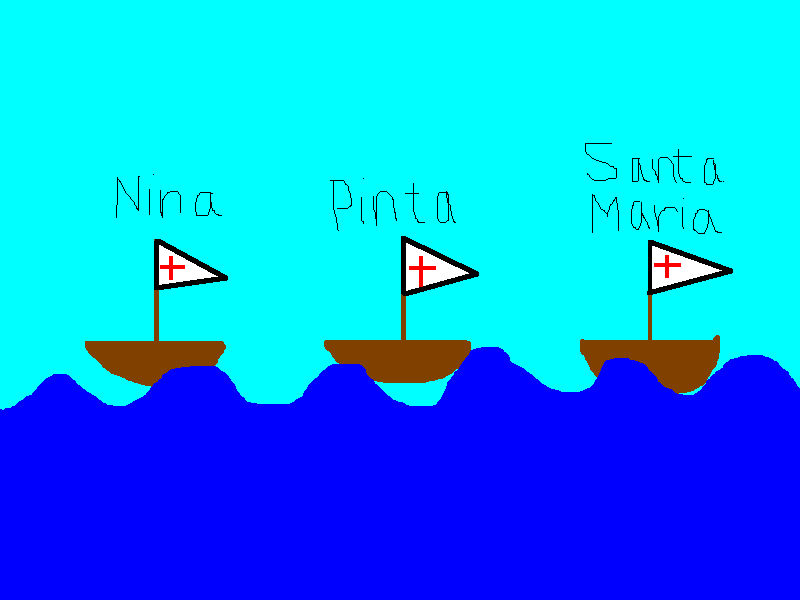 I am The Best Artist.

For a different type of Columbus Day critical literacy activity, take a couple of minutes to look through this infographic from Matthew Inman, creator of The Oatmeal.

I love infographics, or visual -- almost comic-like -- representations of data or information.  They're fun, easy to process, and a nice break from reading big chunks of text.  Because of their visual nature, they can be very appealing to kids.  Therefore, analyzing infographics can be an interesting, motivating way for students to engage in critical literacy.

Since Columbus Day is upon us, reading and critiquing Matthew Inman's infographic about Christopher Columbus could be a great activity for middle and/or high school students during the coming week.  Teachers and students can tease apart Inman's argument against celebrating Columbus day and discuss how they agree or disagree with his points.

For example, I definitely agree with his argument that Christopher Columbus is not a person worthy of celebration -- he brought a wave of terror to the Americas that still lingers today, and I refuse to honor him and his legacy. 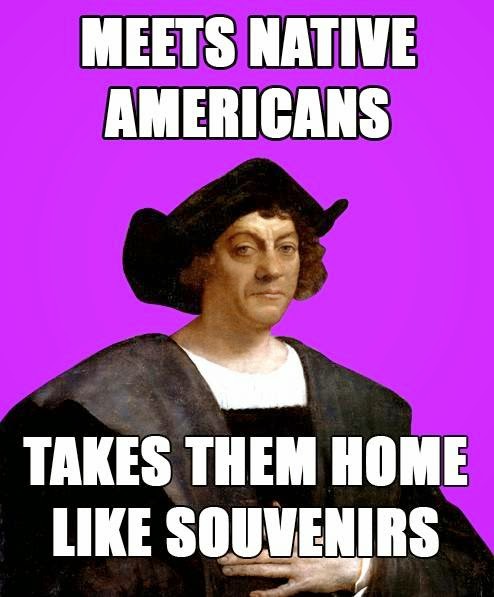 However, I'm not in agreement with Inman's idea to switch the second Monday in October to "Bartolomé Day."  Yes, we should pay more attention to Bartolomé de las Casas and his deeds in history classes, but why should we shift our focus from one European to another?

Why not focus on indigenous Americans and their history, current events, accomplishments, and diversity -- not just in October but year-round?  (Inman does reference Seattle's Indigenous People's Day, which is not without its own critics, in an update at the bottom of the page.  But it's an afterthought.)

Teachers, how invigorating it would be for students to explore different perspectives on Columbus Day and share their opinions about the holiday and Inman's piece?  Then they might create their own infographics (digital literacy woooo!) to share with each other, their school, and the internet community.

The kids I work with aren't quite old enough to read The Oatmeal, but I'm looking forward to having a nice dialog about Columbus Day with them this week.  But if you have attempted / want to attempt an infographic critical literacy activity like this with your kids, let me know about it!
Posted by Unknown at 1:04 PM